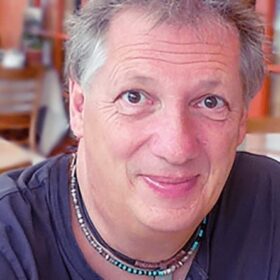 Conceptual artist, production designer, art director and director. These are the different hats that Michel Breton carried for animation studios such as Hannah Barbera, Chuck Jones Films Production, National Film Board of Canada, Laika, Zanuck Entertainment. Notable projects are The Boxtrolls, Coraline, The Triplets of Belleville, Noël-Noël and Heavy Metal. In 1994, he co-founded Fourmi Rouge Animation. As consultant, the studio planned and set-up the production unit for the movie Beavis and Butthead Do America. One recent pet project of Michel was a 3-year inquiry and exploration of the French language situation in Montréal, Québec and France, in between animation projects in Portland, Oregon. Titled, La Langue à terre, the documentary made its debut in 2013 at the FFM Festival international du film de Montréal.

In addition, Michel Breton has worked with the well-known Belgian comic strip artists Turk and De Groot on their series Léonard le génie, Clifton and Robin Dubois. He contributed work that was published as hard cover books and magazines such as Tintin magazine.