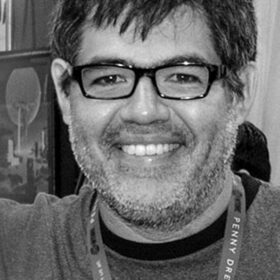 John Nevarez has been an artist within the animation industry for over 18 years. First working at Disney Television as a storyboard revisionist and storyboard artist on such shows as Pepper Ann and Kim Possible, where he then transitioned over as a designer for DisneyToons, where he worked on Tinkerbell, Kronk’s New Groove and Brother Bear 2.