The Animation Industry is Evolving 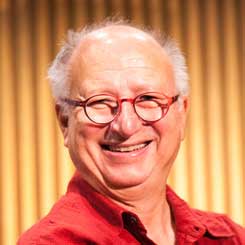 The essay is based on Ed’s Masterclass held in Bratislava in 2019.

This is a wonderful time to be an animator, especially if you are interested in working on feature films and TV series. And even more especially: if you do not live in Los Angeles. The industry is undergoing a sea change, becoming less Hollywood centric, less child-oriented and more international. Adult-themed, narrative-driven animation is emerging. Netflix and other streaming services are begging for new animated movies to be produced. Disney Company, the industry’s 800 pound gorilla, is just about to start its own streaming service to compete with Netflix and HBO. When that happens, all of Disney’s movies and TV shows will run exclusively on Disney’s own streaming service, as will all of Pixar’s films. George Lucas’s movies plus the entire film library of what used to be 20th Century Fox will be exclusive to Disney.

The point is that the marketplace is being starved of movies and TV shows at the very same time it is doubling and redoubling its streaming capacity. The times, they are indeed a’changing, and CCE creative artists can take advantage of the situation if they are inclined to do so.

Take, for instance, the increased appetite for serious, narrative-driven, adult-themed animated feature films: Walt Disney created narrative-driven animated feature films in 1937, with Snow White and the Seven Dwarfs. The form was then turned into an effective sales tool for branded merchandise, theme parks, breakfast cereals and action-figure toys. Animated movies were created mainly for children, and adults were charmed into seeing the movies also, on the premise that, as Walt Disney said, “There is a child in all of us.”

Today, the biggest Hollywood companies are Disney and Comcast. Together, they own or control something like 90% of all feature animation created in North America. When Disney or Pixar make a movie, the production budget will be US$200+ million, and the studio does not expect to recoup the investment from box office. The back-end will be franchise-oriented and merchandise. Maybe the movie will be turned into a Broadway musical, or maybe a song from the movie will top the Billboard charts. Or, maybe characters from the movie will occupy their own special corner of a theme park somewhere in the world. Walt Disney, in his time, also loved merchandising.

But Walt was, at heart, a storyteller. This is what has happened to the animation art form since 1937: Storytelling has secondary to merchandising.

And so, the industry is moving to the next plateau. Hollywood studios are going to continue doing what they do because they are very good at it. They will continue selling stuff and watching their stock prices rise. But, meanwhile, new platforms for exhibition are proliferating, and animation as an art form is ready to move out of the children’s nursery. Animation is ready to take its place as the artistic equal of live-action filmmaking. What, exactly, is adult-themed, narrative-driven feature animation? Couldn’t we say that Pixar’s Up is adult-themed? Well, the first half of it is. But the second half, set in Paradise Valley, is strictly for kids with talking dogs that fly airplanes, and that large chocolate-eating bird. Up is a hybrid – half for kids, half for adults. So, how about Frozen? Well, if Elsa was the antagonist instead of being a victim, we might be in adult territory. But Disney’s corporate narrative is that everybody lives happily ever after, so somebody maybe in the marketing department opted to make Hans of the Southern Isle the antagonist, and poor Hans is a woefully under-developed character, one with no foreshadowing. So, no, Frozen is definitely not for adults. Adult-themed stories are about adult issues. “Narrative-driven” means that the storyteller is proposing a particular narrative about life. And, why is that important? Because people go to the movies in order to consider survival strategies. We are storytelling animals. We are the only animal that, in juvenile play, can pretend to be someone other than who we are, and we are the only animal that can contemplate the implications of our own mortality. Aristotle observed in his Poetics that “Every human action has a purpose”, and our primary purpose in life is to survive and to get the next generation of humans into self-sufficiency. Regardless of whatever else we may accomplish, if we fail at that, we become dinosaurs.

All humans, everywhere in the world, are the same. We each are born the same way and die the same way. We each have the same basic seven core emotions – happy, sad, anger, disgust, contempt, fear and surprise. Emotion can be defined as “automatic value response”, and therein lies the differences. Each of us has his or her own personal values and survival strategies. Your values are a factor of your culture, family, education, genetics and random events (if you survived an airplane crash disaster, or if you had won the lottery, you probably would have different values today…)

We are all exactly the same, but we are each unique. And we primarily learn our survival strategies from storytelling. That is why we enjoy watching movies in the first place. We enjoy seeing what the on-screen character is doing to survive. A movie, whether live-action or animation, is a flight simulator for survival strategies. The audience can have risk-free grand adventures and survive life-threatening cinematic perils.

Survival in the modern world is not easy. We must live in groups, for starters, because it is difficult to have babies alone. And it is difficult to live in groups because each member of the group has his or her own personal survival strategies. One person’s survival strategies may very well create conflict for another person in the tribe. Villains do not think they are villains. Every person is the hero in his own life.

A dynamic cinematic story will be about one character. That character is doing something as the movie starts. Then something happens. It doesn’t matter if it is internal (sickness, falling in love) or external (winning the lottery, surviving an airplane crash…). The character deals with the new situation and either succeeds or fails, survives or perishes. It really does not matter just as long as the character tries to survive. We humans are bound together by our will to live. The first thing a baby does when he is born is try to live; the last thing a person does before he dies is try to live. We each and every one of us in the world act to survive. Adult-themed, narrative-driven feature animation addresses survival strategies.

Back in 1987, Isao Takahata, co-founder of Studio Ghibli with Miyazaki, pointed the way with Grave of the Fireflies. But, because of Hollywood’s marketplace dominance, his voice was muted. The fact that the movie, once released on DVD, became recognized as the classic that it is, should be noted by today’s new animators. The public is hungry for good stories that have meat to them, and it is not necessary to spend mega-millions on each film. Brazil’s Ale Abru produced and directed the marvelous Boy and the World in 2013 on a production budget of only US$500,000, with an animator team of 35.  CCE animators would be wise to study production example set by Takahata and Abru rather than hoping to copy Pixar and DreamWorks expensive production approaches. Technology has made it possible now for a dozen animators to get together with a few revved up computers and create a high quality animated movie for an affordable price.

For a sense of how much things have changed, consider this: Toy Story, the first CGI movie, was released just 25 brief years ago, in 1995. Walt Disney’s Snow White and the Seven Dwarfs was released only 80 years ago, in 1937. Even if we do not take into account the arrival of performance capture technology and Virtual Reality, the animation industry today has little resemblance to what it was only 15 or 20 years ago. Now imagine what the industry will be like 25 years from now. If developments continue at the current pace, what we are doing in 2019 will seem quaint by comparison. And these coming 25 years belong to the new animation artists. An entry-level animator in 2019 is, in reality, a pioneer. Good times, indeed.

The challenge for CEE animators, as I see it, is that European animation is usually produced as a “public service” via government funding, and it winds up in the various animation festivals.  There are exceptions, of course, but by and large that is how it goes.  European animators are, IMO, creating animation that will ultimately be seen mainly by other animators who are making animation — everybody meeting in the Festival circuit.  The public is locked out of the loop unless they show up at Festivals which, as you well know, they do not.  This is mainly why so little of CEE animation breaks out into the international market, which is what needs to happen for growth. CEE animators must not only come up with compelling stories with international appeal, they must know how to work economically.

Ed Hooks, a pioneer in acting theory for animators,  is the author of Acting for Animators, revised 4th edition, published by Routledge. He has presented his Acting for Animators masterclass  at most major animation studios and video game companies internationally, including Disney, DreamWorks, Valve Software, Ubisoft, EA, Blizzard, CD Projekt Red, Guerrilla Games, Sony and Microsoft.  Before he began working with animators, Ed was a professional actor and acting teacher, with credits in all media.  He lives with his wife, Cally, in Lisbon, Portugal.