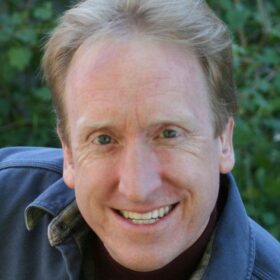 Playing with G.I. Joes and video games as a kid payed off for Mike. First, he made a career in stop motion animating such icons as Gumby and the Pillsbury Doughboy, as well as such films as „Nightmare Before Christmas“ and „James and the Giant Peach.“

Then, in 1993, he got his first taste of CGI at Pixar and LIKED IT!! For almost 12 years, he worked at the Walt Disney Animation Studios on such projects as „Walt Disney’s Dinosaur“, „Kangaroo Jack“ , „Meet the Robinsons“, and „Bolt“. Now, he’s working at the coolest game studio on the planet (VALVE) making games. When he’s not playing with pixels, the only thing he enjoys more in life is spending time with his wife and children.