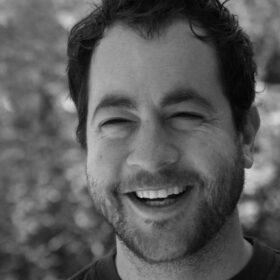 Jason Schleifer is currently the Head of Character Animation on Dreamworks Animation’s latest animated film Mr. Peabody and Sherman. Previously, he was Head of Character Animation on the 2014 Short film Rocky and Bullwinkle and the 2010 animated picture Megamind and a Supervising Animator on Night of the Living Carrots and Madagascar: Escape 2 Africa. Schleifer has animated on Madagascar, The Madagascar Penguins in a Christmas Caper, Over the Hedge, and Shrek the Third.

Prior to his career at Dreamworks Animation, Schleifer had extensive involvement at Weta Digital beginning as a Creature Technical Director, and later animating on The Lord of the Rings Trilogy. In addition to his work on films, Jason has created numerous training materials on character rigging, taught courses on character animation, mentored animation students and co-authored and presented a course at Siggraph 2002 on rigging for animators. Schleifer has a B.A. in High Honors from the University of Califorina, Santa Barbara and has received an Honorary Doctorate of Animation from the Digital Media Arts College in Boca Raton, Florida . Jason Schleifer on IMDB: http://www.imdb.com/name/nm0772192/