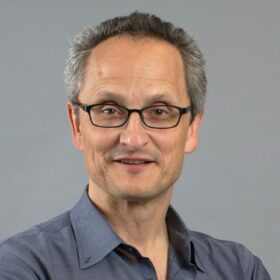 Jan Pinkava was Creative Director of Google Spotlight Stories, a team of artists and technologists at Google’s Advanced Technologies and Projects group, creating new forms of immersive, interactive storytelling for mobile, and VR.

Spotlight Stories has received many accolade including the Ub Iwerks award for technical advancement in the art of animation, the first Emmy for outstanding innovation in interactive storytelling, and an Oscar nomination; and millions of people have been entertained by immersive, interactive stories from leading directors and studios, on mobile phones, VR headsets, and Augmented Reality.