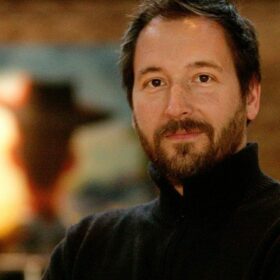 Andrew L. Schmidt is a senior animator with Pixar Animation Studios. He has worked in the animation industry for 20 years and has a long list of credits in both traditional 2D animation and CG animated films. He began his career in 1990 in London, UK at Amblimation Studios where he worked on Fievel Goes West, We’re Back and Balto. In 1996, Schmidt relocated to Los Angeles, California where he worked for Dreamworks Feature Animation on The Prince of Egypt, then moved to Warner Brothers Feature Animation where he animated on The Iron Giant and Osmosis Jones.

In 2000, Schmidt moved to San Francisco and joined Pixar Animation Studios where he has worked on Monsters, Inc., Finding Nemo, The Incredibles, Ratatouille, Wall-e, Up and Toy Story 3. He has also animated on various Pixar short films, including supervising animation for Partly Cloudy. Andy currently works at Pixar as a director of commercial ads.