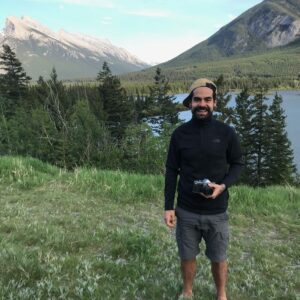 I have been to ANOMALIA three years in a row. That how much I loved it.

first one was Pantomime acting with Robert Bennett to improve my acting skills when shooting a reference and the second one was short film production with Kenny Roy. We produced a lovely short film called Booty Call, a story of a greedy pirate.

Second year I was back there to do another short film production with Anthony Wong this time and we did a pretty cool short about a snail facing the hardship of life in order to celebrate love called Wildlife Crossing.

Third year back there once again for a creature course with Kenny Roy.

ANOMALIA helped me finessing my animation skills all around with intense weeks focusing on different topics depending on the mentor. Mostly I would say it was an amazing opportunity to meet students with same passion of me from all around the world. It gave me the confidence to be able to face the human side of the job and understand from mentor’s experience how to make my own path work in the industry.

I was lucky enough to meet and hangout with amazing talented professionals who revealed to be super cool people. At the beginning you might be scared to speak to them considering they’re kind of idols to you.. But man at the end they’re human beings, just like you.

I was very dedicated likely the buddies and peers to animate as much as possible. We had such a great time. I truly keep some of it in my heart.

I am a Senior Animator at Mill Film in Montreal at the moment, unfortunately I cant tell about the projects I am working on due to studio policy but all I can say is that is something cool!

Some project that I am proud of that I put under my belt are Alien Covenant, Deadpool 2, Paddington 2, The Jungle Book, Captain America: Civil war

Before starting my first course at ANOMALIA I had just finished up my first animation job for an italian christmas tv show after many years of humble jobs to pay the bills. Let’s say that I covered lots of jobs from pizza delivery to clothing shop and phone assistant.

I was lucky enough to be able to do Animation Mentor as my first approach to CG animation. How quickly after completing your course did you secure your first job?

As I already said in the previous question I already had my very first work experience before starting ANOMALIA.

I would say that right after it I was ready to deal with the english speaking world to chase my dream job. In fact I was called called to work on CG Cinematics of HALO 4: Spartan Ops at Axis Animation in Glasgow Scotland.

Lifetime is too important to spend it doing something you don’t enjoy.

Animation is fun, you create something from your imaginary most of the times.

Biggest lessons I learnt is to not get attached to your work. When you working for a big company with big clients (especially in VFX) they own whatever you produce and they can twist, squash, stretch, throw in air or in the bin whatever you’ve been doing. So follow the leads and supervisors to not get lost in your creativity and make things work to make clients happy. And mostly be humble and accept directions and notes positively as nobody want to work with assh…

What is your advice for those considering entering the Industry?

Work hard. Be creative. Never give up.

Nowadays competition is at its peak especially for entry level artists.

So sit back at your desk (I personally have a standing workstation though) and make your work shine.

Plan your moves carefully, planning is the most important step. Block it, spline it aaaaaand….

Clean those curves as much as you can. Establish time limits for every stage of your shot production and ask feedback as much as you can. You can’t imagine how important is to have pairs of extra eyes looking at your work. You get blind at some point. In big studios we have dailies. Dailies are a little dark room where you show your work everyday to your leads, animation supervisors, vfx supervisors, client vfx supervisor and director. So be prepared to get tons of notes, no matter how good your shot is.. You’ll get some!

Still considering to join the industry?

COLLABORATION – Anomalia is the place where everybody help each other to achieve the best results possible. You literally collaborate for everything, you join the community and share your life with other passionate artists for a week or more.

What is your favourite movie and why?

That s one million dollar question.

I have many favorite movies depending on which subject and which era.

I’ll mention three that right now comes to my mind: