The Motivated, Clever and Imaginative Animator 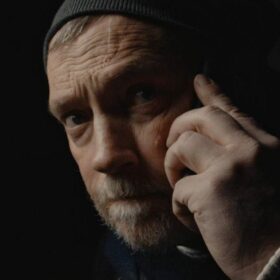 For the better part of the last two decades, the greatest successes in the film business have been family-oriented CG animated films. Top studios have carved out multi-billion dollar empires with CG animated films. However, the cost of entry into this lucrative market is steep the typical CG animated film costs over $100 million USD to produce. This has created a top-heavy market with practically no independent animation film marketplace. This leaves storytellers, animators, and artists with few paths for their careers outside of trying to get a job at one of the giant American studios. Independent storytellers and artists face a daunting uphill battle to carve out space in animated films. This reality has a damaging impact not only upon individual artists but also on non-American cultures.

But things are changing. There are more distribution paths for independent films than there were in 1998. The internet allows for streaming Video on Demand (SVOD) to open a way for an independent film to find an audience. Customers don’t have to go to the cinema to watch a top-end film or episodic stories anymore. Netflix, Hulu, Amazon, HBO, and others have developed media content delivery systems that go directly to their customers’ homes and personal devices. It’s a growing business model as more media companies are starting their own SVOD platforms. All of these streaming services need content.

The opportunity exists for an independent animation producer to step in and serve a market need. The catch is that budgets for animation projects for SVOD platforms are still much less than feature film animation. The independent animator needs to find a way to deliver their film on a tighter budget. Thankfully audiences have proven flexible when it comes to the kinds of animated films and shows they will watch, which is an opportunity.

As long as the craft of the animated film is cohesive in every area of its image, motion, style, and execution audiences will readily accept different kinds of visual styles of storytelling. Animation can be different. It’s not limited to imitating the high detail, hyperrealism, grand spectacle of the American studio animated film.

A sustainable independent animation business needs to reduce the risk loss to its investors so that more than one film can be made. Smaller, independent animated films need to be produced for less than $5 million USD to have a chance at recouping their investor’s money. There are a number of valid (and more affordable) animation techniques. Painted background flats with just CG characters. Or CG characters composited onto lower cost stop motion miniature sets. 2.5D production techniques possible in tools like After Effects or even Maya or Blender are viable and significantly less expensive than the common technique of modeling, texturing, lighting, rendering every single object in the world of the story. All of these techniques are much more affordable and can be beautiful as well. What’s needed is a fresh idea for creating CG animation in a different way.

One important caveat: make sure that if you are going to produce an animated film that it is a film that must be animated. If you’re trying to tell a story that is better done using live-action techniques then it makes no sense (financially) to animate it. Live-action production can be done for much less than animation. So be sure your animated story requires animation to be told, else wise pick up a camera and hire actors instead.

Also, the story must be able to travel around the world. If you make a story that only works for a small country of fewer than 10 million people the chances for financial success are severely limited. The stories made must be able to travel and be understood around the world in many different cultures. The director of the independent animated film can’t get by telling a story so that it is only understood by a very small niche of potential customers. A foreign sale is still vital, and the independent producer needs to tell a story that can be enjoyed by people anywhere.

The world is a changing place. Evolving delivery platforms and audience fragmentation are opening doors for stories that show new cultural influences or diverse voices. The motivated, clever and imaginative animator has a legitimate chance of finding a different path to a successful career in animation. By embracing new and clever production styles, making stories that embrace themes that can travel the world, and working to keep production costs manageable can give the independent animation producer a chance to make it. These are interesting times.

Keith Lango has been an avid explorer of CG animation art and technology since the early ’90s. Keith is a world-renowned and award-winning animator with a specialty for achieving new visual production techniques and pipeline efficiencies, especially on projects with limited resources. He has applied these skills on all manner of media projects like films, TV shows, commercials, interactive, VR, and video game titles. He has worked on projects for studios like Valve, Big Idea Productions, Blur, ReelFX, DNA Productions, Magnetic Dreams, Fox/Blue Sky, Warner Brothers, Sony, Disney, EA, and Take 2 Interactive. Over the past decade, Keith has been expanding his interests in live-action film production. He has written, directed, edited, and color graded professional commercial projects and has produced and directed a number of festival award-winning narrative short films.