Every story needs to be set free 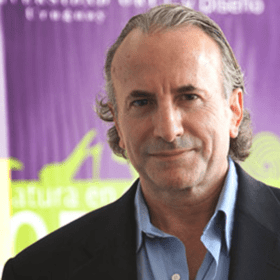 Robert Lence is behind films as different as Beauty and the Beast, Shrek and Toy Story. During his career, he’s worked in the art departments of Disney, Dreamworks and Pixar studios. What is the secret of success and quality? Are these two things related at all? How has animation changed in the last twenty years and why is it interesting to come and teach at ANOMALIA?

What motivates you to come to the Czech Republic to Anomalia?
I like creating stories, making them up and discussing their form. And I like helping others come up with their own ones. I like getting to know the amazing things hidden in other filmmakers’ minds and supporting them to discover their strengths and make full use of their ideas. Every story needs to be set free from one’s mind and cleaned before we can expose it. This creative process of discussion and searching is inspiring for both them and me, and that’s why I really like coming to Litomyšl.

In the Czech Republic we often wring our hands over the fact that we don’t have the funds to be able to afford as expensive animation as the Americans. But people from the industry point out that a problem much bigger than the one with the level of animation is the insufficient resources spent on the development of the concept and story.
Undoubtedly. I’m trained by Disney and his animated films of the golden era. There is no need to spend years studying them to understand that their most important aspects are always the story, story, and story. And when you look at Pixar, you will see that they have fully adopted the same philosophy. It’s not something random that would happen intuitively: everyone in the team is well aware that coming up with the right story is the necessary foundation of every movie. You can have cutting-edge technology, but it does not impress anyone if you don’t use it to tell an enthralling and interesting storyline. Technology itself is insignificant.

How much time do you spend inventing the stories of your movies? How long did, for instance, Beauty and the Beast take? It would seem that a fairy tale with a long tradition was easier to adapt?
The simplest idea can swallow long years, and sometimes a seemingly comprehensible and familiar story turns out to hide complications posing a big challenge for a creative team. Beauty and the Beast were particularly difficult, there were several creative groups working on it, and the project had to be basically restarted once when the work began more or less anew. For me, it was four, maybe five years of life. And it was no different with Toy Story or Shrek. All of these films required a lot of time to prepare because we realized that until the development produces a perfect concept and script, there’s no point starting their realization. And that’s the reason why they are such great films that worked so well with the audience.

I have recently watched Disney’s The Hunchback of Notre Dame again. I’m quite fascinated by the film. It gets truly bizarre at moments, the way it tries to transform a very tragic romantic work of literature into a children’s fairy tale.
The Hunchback shows that despite great attention and care, the result can never be guaranteed and you can never see as far as the end of the project when starting on it. It was made in the same building that I and my team were working in, and I know how hard my friends were working. They took a big bite this time – to their credit – and attempted something that many people thought impossible. The resulting film was certainly very different from what the audience was used to from Disney.

Today, a crew with the same intent might have it easier and arrive at a cleaner result – step-by-step we came to rather complex animated movies like Zootopia, which show that children can take much more complex stories than we might have thought, and no great concessions are necessary.
That’s a good point – today we know that artists don’t have to be afraid of much more challenging material, and when they prepare their project well, they can present quite complicated characters and their conflicts through it. Perhaps, it was films like The Hunchback of Notre Dame, which were ahead of their time, that raised the bar. Undoubtedly, animation has gone a long way in the last twenty years and opened up new possibilities.

Do you think small markets like the one in the Czech Republic should try to do their own CGI animation, or would they be better off using more traditional techniques like manual animation and stop motion, which is easier to finance in full quality?

This is obviously a fundamental question and I cannot rule out that at this moment it is still better for a small market to profile itself as an alternative to the mainstream through more affordable procedures. On the other hand, the technology is becoming cheaper and more affordable every day, and at the moment CGI becomes as available as any other technology, one might realize he had missed the boat. So everyone has to answer this question for themselves – what approach they want to choose – whether the one more convenient today or the one with the potential for the future.

What have you learned so far about Czech animation and animators?
I grew up on films by Jiří Trnka, so it was not surprising for me to discover the richness of the history of the Czech animation tradition, which is probably still alive in the community. I remember one student whose grandfather worked on a feature-length animated film. I was glad that I was given the opportunity to learn a bit more from that history. I was also pleasantly surprised by the level of talent I encountered. Many student films I have seen would not get lost at the best American universities.

The Czech animation school maintains a strong relationship to the ideal of authorship – animator/writer personality- and individualism. However, animation depends, in many ways, on creative compromises. As a person with experience from Disney, you probably know better than anyone else how to reconcile art and business. How to approach this challenge?
First, you mustn’t be afraid of the conflict. I believe that these two aspects are not mutually exclusive. My favorite films include small art movies shown in a local out-of-the-way cinema, but I stand by my work on some of the most successful films ever. And when we look at the work of Pixar, you’ll see commercially successful while at the same time critically acclaimed films. Obviously, it is possible to combine artistic and commercial value – all you need is to be free of prejudice and work hard. The rest will follow.

Your work has a considerable scope. Putting Beauty and the Beast and Shrek next to each other, one would hardly believe their teams may overlap in any way. What is at the heart of your artistic interest?
A good movie is a good movie. I said I appreciate art films, but that doesn’t mean that some of my favorite movies are not romantic comedies or classical dramas of the Hollywood golden era. Beauty and beast and Shrek surely offer a very different approach to the possibilities of an animated film, they are also separated by certain time intervals, but there is an effort to tell a good story at the heart of both. I know I keep coming back to that because that’s all it is about. The genre, target audience, budget – these are all only partial aspects and means. A strong story is core. Therefore, two such different films can be so successful.

Yet Shrek feels like an extraordinary contrast, almost like an antithesis of your previous work. As if you lead a revolution against yourself.
The story of Shrek is really complicated and is connected with the history of Dreamworks. I was at the early stages of the project, so I know that one of the primary motivations was just an ideological self-definition against Disney, which was already at that time a 150-kilo gorilla locked up in the same room with you. How to confront it? Especially when the aim was to create just what Disney dominates at, the mainstream coming of age animated film. We had to come up with something original, fresh. Therefore, they decided at Dreamworks from the very beginning to connect their name with a feeling of a contrast to the existing classics. They were targeting the top of the Disney audience, the teenagers, which allowed for a more mature approach. Emphasis was laid on contact with pop culture and the world of today. All of this was a conscious choice and part of Dreamworks branding, which was fully manifested by Shrek. Thus a direct head to head conflict with Disney could be avoided, the competitor was simply side-stepped.

When you see some of today’s trends in CGI amination, what do you think of them? Are you annoyed with the Minions, or do you feel respect for them?
I liked the first one, Despicable Me, it managed to connect to the audience, which is really the basis. But I haven’t seen the other sequels or Minions themselves yet, so I can’t tell if they might become a bit of a nuisance.